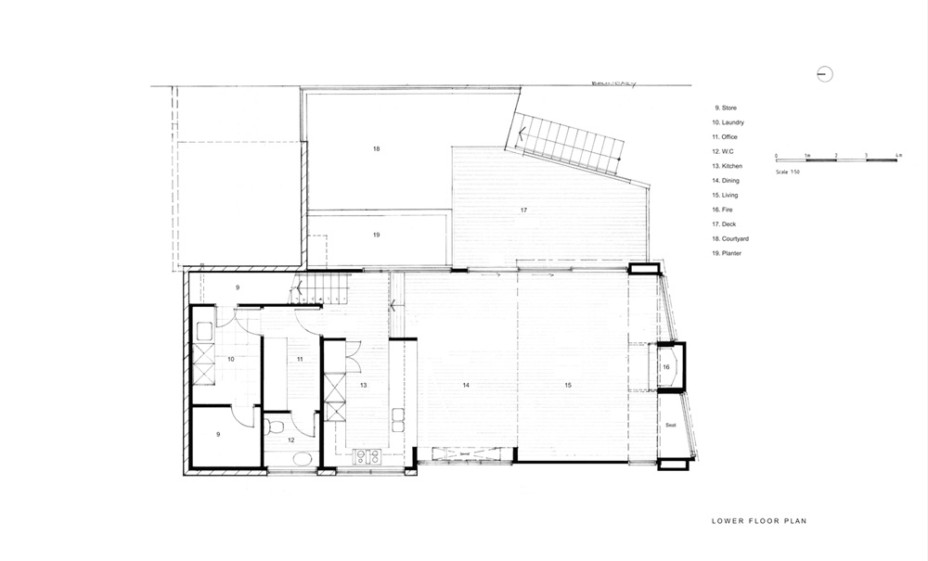 This house has been designed to follow the contours of the site, in order to sit harmoniously and quietly within the existing landscape. The entry is from the upper, northern end where the building is constructed of substantial materials; banded concrete dry-block walls and polished concrete floors for maximum passive solar gain and a sense of visual strength and permanence in character.

As the house descends to the lower part of the site it begins to float suspended on “legs” treading more lightly on the ground in the more sensitive part of the site. The “legs” of the house allow more of the natural vegetation to grow in around and under the house and creates less visual and physical impact on the sensitive environment of the lower slope and stream.

Due to the south-facing slope of the site the house design incorporates outdoor areas opened onto by living spaces both to the east and the north-west in order to maximise the enjoyment of morning and afternoon sun.

The house exterior is mostly clad in black in order to recede visually behind the Pohutukawas, with bursts of red panelling and the front door for a more welcoming character.

Internally the palette is that of white walls with Meranti plywood feature panelling and cabinetry with bursts of colour in the kitchen and bathrooms to brighten up each day.